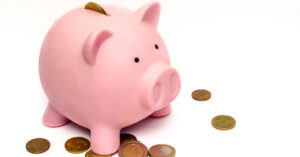 Starting the year off getting finances in order is a common goal for a lot of people. The winter can be a good time to do it too, especially with the potential of getting some money back with a tax return. First Source Bank wants to help people improve their financial literacy, through a series […] 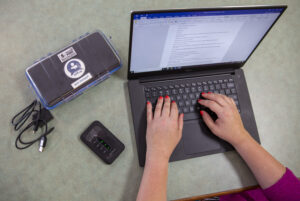 WiFi hotspots available for check out 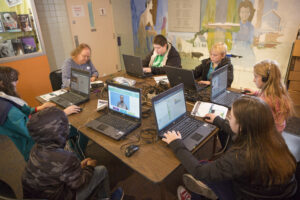 Coding for children coming in March

A three week program introducing children to coding using games and robots will start at the Downtown library March 5. Little Coders, part of the NASA @ My Library grant, will teach children ages 4 to 6 coding. Little Coders will be at 4:30 p.m. weekly starting Thursday, March 5 and continuing for three weeks. […] 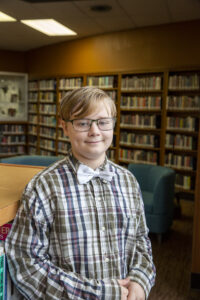 Beardsley alum remains committed to Battle of the Books

He’s moved from the front lines to the sidelines, but Dalton Dickerhoof continues to be a staple of Elkhart Public Library’s annual Battle of the Books. The 13-year-old North Side Middle School student competed for two years during elementary school with the Beardsley Book Club. Now, he serves as a coach of sorts. “I always […]

Help us get the complete story of Elkhart’s high schools

We’re feeling nostalgic with the comeback of Elkhart High School this fall. We want to shore up our collection of school yearbooks and create a digital collection to better preserve these pieces of local history.