The first 100 One thousand books seems like a lot when starting out, but like a lot of things when you’re raising a child, it’s going faster than I thought. Of course I feel a different pull to successfully finish the program, since I am an employee of Elkhart Public Library. I am the communications […] 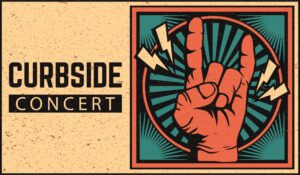 Rocking the roof – free Curbside Concerts are back

Curbside Concerts are back. The free shows, performed by bands on our rooftop in downtown Elkhart, will start back up Thursday, Aug. 5. First up in the series will be high-energy Rica Obsesion, an Elkhart Jazz Fest favorite with lively horns and powerful percussion. The series also includes Maybe April, an award-winning Americana group featuring […]

Maureen Meagher has had a successful five years working at EPL. She’s read to numerous kindergarten classes and shared an enthusiasm for literacy through storytimes. She even met her husband at her library. She says Carlos, her now husband, came into Pierre Moran one day. He exceeded his allotted time on an express Internet station. […]

Every month on the Elkhart Public Library’s Facebook page, we’ll share information about a veteran from Elkhart who served in the military. We find these service members through Fold3, the Digital Library resource available through EPL. Fold3 houses millions of documents, photos, maps, records and more for U.S. wars going back to the American Revolution. […] 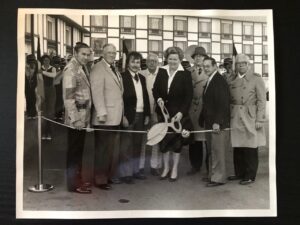 The hotel never quite delivered on its promise, but it gave life to the city’s biggest event. 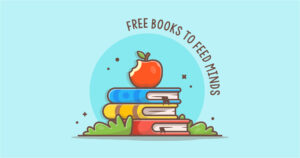 The opening hours of all Elkhart Public Library hours are finding a more consistent and permanent time across all locations. After conducting an hours survey as part of the current strategic plan, the library administration and Board of Trustees have released the new open hours, which are the same at both the Downtown Library and […]

Summer reading pays off for winners

Trips to Universal Studios, Chicago or a Taylor Swift concert are certainly a way to grab kids’ attention and it’s even enough to get them to read. The Elkhart Public Library Summer Reading Challenge creates big winners every summer and this summer is no different with Go for the Gold and a chance to win […]

Returning readers to the EPL Summer Reading Challenge and new ones alike were excited about the addition of the Beanstack app to track reading days, rewards, and prize entries last summer. “I used it to kind of homeschool them and keep them up on their reading skills so they wouldn’t be so far behind next […] 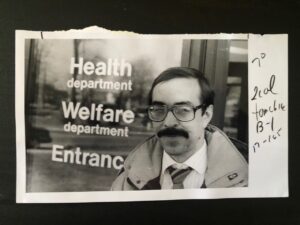 With public health in the balance, Dr. Tomchik declared war on the patient

A struggle for power over public health in Elkhart County eventually came to a messy end and forced a doctor’s resignation.